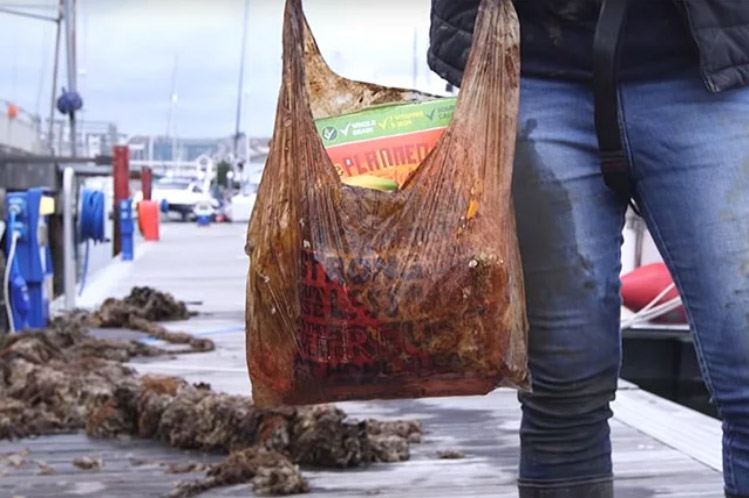 Woolworths recently announced that it was banning plastic bags from many of its stores after a successful six-month trial in the Western Cape.

As part of its anti-plastic bag drive, Woolworths rolled out its new reusable bag to stores across the country and announced more “plastic shopping bag free” stores.

This initiative was widely praised by consumers for helping to save the environment, curb plastic pollution, and reduce Woolworths’ carbon footprint.

New research is, however, challenging the benefits of initiatives which ban plastic bags and force people to purchase biodegradable or reusable packets.

This substantiated a 2016 UN report which stated that biodegradable plastics are not the answer to marine plastic pollution.

It found that biodegradable plastics rarely break down fully in marine environments, and labeling them as such could even encourage people to be more casual about littering.

A study by Denmark’s ministry of environment and food found that classic plastic shopping bags have a minimal environmental impact.

It found that a conventional cotton bag has to be re-used 7,100 times to have the same cumulative environmental impact as using classic plastic bags.

The situation is even worse for organic cotton bags, which have to be re-used 20,000 times to have a positive cumulative environmental impact.

It is therefore a difficult trade-off to establish how to limit your impact on the environment.

While banning plastic bags indeed have a positive impact on the environment, such a ban should be executed in a manner which ensures limiting the environmental impact.

ITB sales director Michelene Locke said we tend to blame plastic for the problem when it is our behaviour that needs to change.

“It is up to us to use plastic bags responsibly rather than discarding it where it will end up as pollution,” she said.

Article appeared on my broadband