Skip to content
Boat made of old Flip Flops

The boat, built of recycled shoes and plastic waste

The boat, built of recycled shoes and plastic waste, sailed along the East African coast raising awareness about the dangers of plastic pollution for marine ecosystems.

MOMBASA, Kenya, Feb 12 (Thomson Reuters Foundation) – It was 6pm when an unusual rainbow-coloured boat, made of recycled plastic waste and discarded flip-flops gathered from beaches and roadsides, dropped anchor off the beach at Mtwapa, near Kenya’s coastal city of Mombasa.

The 9-metre-long dhow, “The Flipflopi”, was sailing south along East Africa’s coast to raise awareness of the threat plastics pose to the oceans, said chief boat-builder and captain Ali Skanda.

Beaches and marine ecosystems have been badly affected by plastics, Skanda said, adding it was time to change local people’s mindset on how they handle and dispose of waste.

“That’s why we started this voyage – to reach out to communities in East Africa, and also globally,” he said.

The boat’s voyage took it 500 km (311 miles) south from Lamu island in Kenya to Zanzibar in neighbouring Tanzania over two weeks starting on Jan. 23.

Along the way the boat made six stops, with its crew joining local people, schools and officials for beach clean-ups and events highlighting the effect of plastic pollution on the seas.

The motivation for boat-builder and fisherman Hassan Mohammed, 56, was seeing how much has changed in recent decades.

Until 20 years ago, the shore at Mtwapa was free of pollution, he said. But tourism has meant increased use of plastic carrier bags and bottles, which has harmed the ocean.

“When I started fishing, the only people around were fishermen and fisherwomen – and we used woven baskets and no plastics,” he said.

“Nowadays, many people have started local businesses, like hotels along the shores, and contributed to a huge mess – as you can see, the place is littered with plastic bottles,” he added.

Co-founder Ben Morison told the Thomson Reuters Foundation he began working on the project in 2016 “to transmit the message about the impact that plastic is having on marine ecosystems, how this affects us, and most important of all, what we can do about it”. 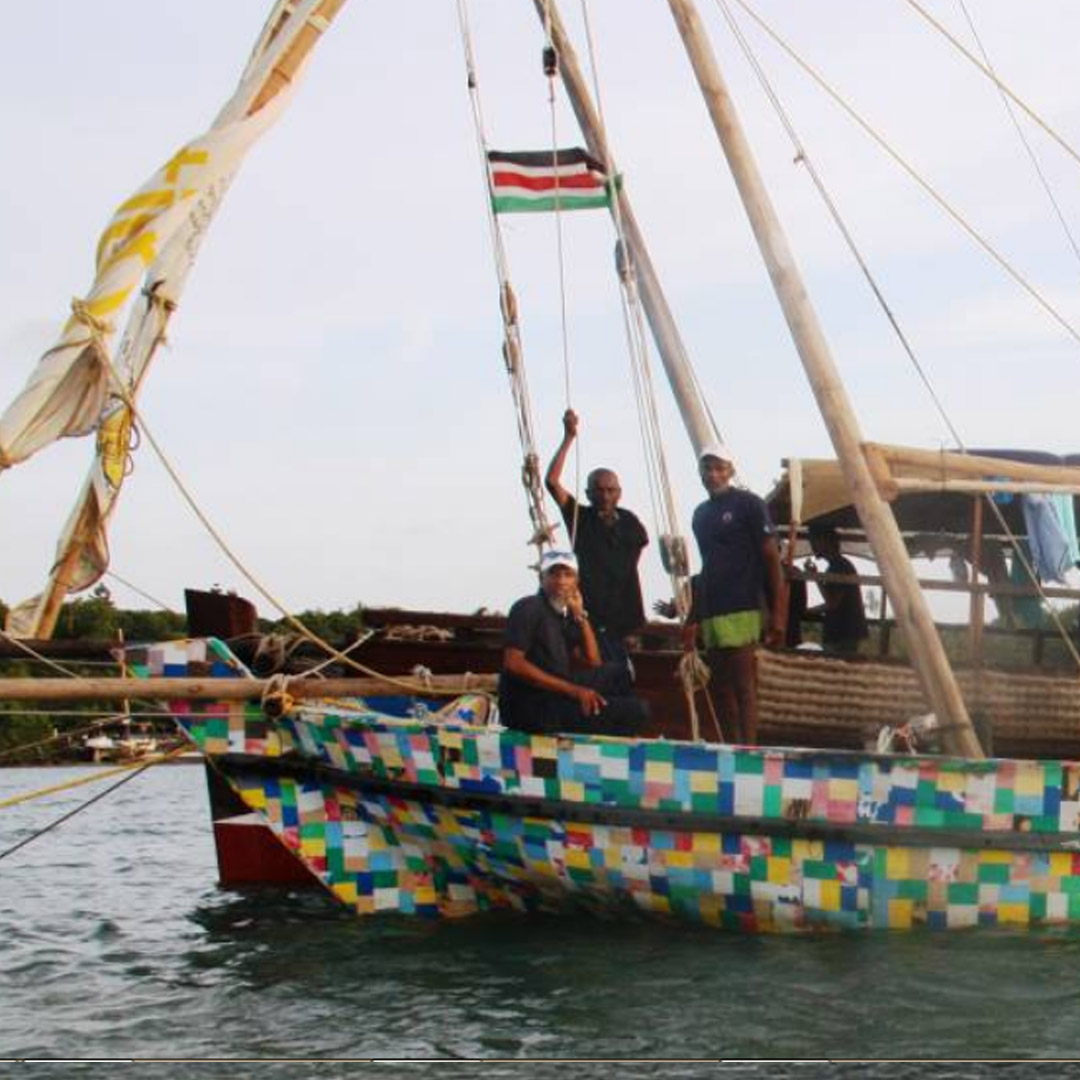