Chattanooga’s been having quite a cultural moment recently, what with dozens of new restaurants and bars popping up across town. Last September, The Edwin Hotel, a member of The Autograph Collection, opened with much fanfare, joining The Dwell and The Moxy Chattanooga Downtown in The Scenic City’s growing boutique hotel scene.

Now, Tennessee’s fourth-largest city is once again turning heads by claiming a first in the sustainability sector. Earlier this month, the Chattanooga Metropolitan Airportannounced that it had hit a much-anticipated milestone in becoming the first airfield in the United States powered by 100% solar energy.

The end result of an ambitious project that started seven years ago, the airport’s 2.64-megawatt solar farm was completed with about $5 million of funding from the Federal Aviation Administration. That investment is expected to be earned back in under 20 years, as a renewable energy stream brings down the facility’s overall costs of operation. According to a press release, the installation measures about the size of 16 football fields—eight long and two wide.

“This is a momentous day for the Chattanooga Airport as we complete our solar farm and achieve a major sustainability milestone,” said Terry Hart, president and CEO of the Chattanooga Airport in the release. “This project has immediate benefits to our airport and community, and we’re proud to set an example in renewable energy for other airports, businesses and our region. While generating a local renewable resource, we are also increasing the economic efficiency of the airport.”

According to Bloomberg, Chattanooga Airport’s solar farm saves energy via storage units that allow operations to continue after sundown. The publication also reports that the system is expected to last between 30 and 40 years.

It’s worth pointing out that Chattanooga Airport’s operation is relatively small, with direct flights to just ten cities including Chicago, Dallas, and New York City via Allegiant, American, Delta, and United Airlines. Still, the airport saw growth in traffic in 2018, with an increase of 4% from the previous year for total of 504,298 passengers. Furthermore, the success of the project could inspire similar endeavors across the nation—already, solar grids are in place at Denver International Airport and Indianapolis International Airport, whose solar farm is the largest in the country.

The Chattanooga Airport announcement comes at an auspicious moment for solar power projects in America. Yesterday, Forbes reported a strong growth in corporate solar adoption led by giants like Apple, Amazon, Target, Walmart, and Google—spurred on primarily by the rapidly falling costs of installing panels: “In 2009, for example, the average gross cost of installing a solar panel was $8.50 per watt. Now? Just shy of $2.98—a 65% decrease in 10 years.”

One thing is clear: the growth of the solar industry is not only environmentally friendly, it’s economically sound—and that’s good news for everyone. 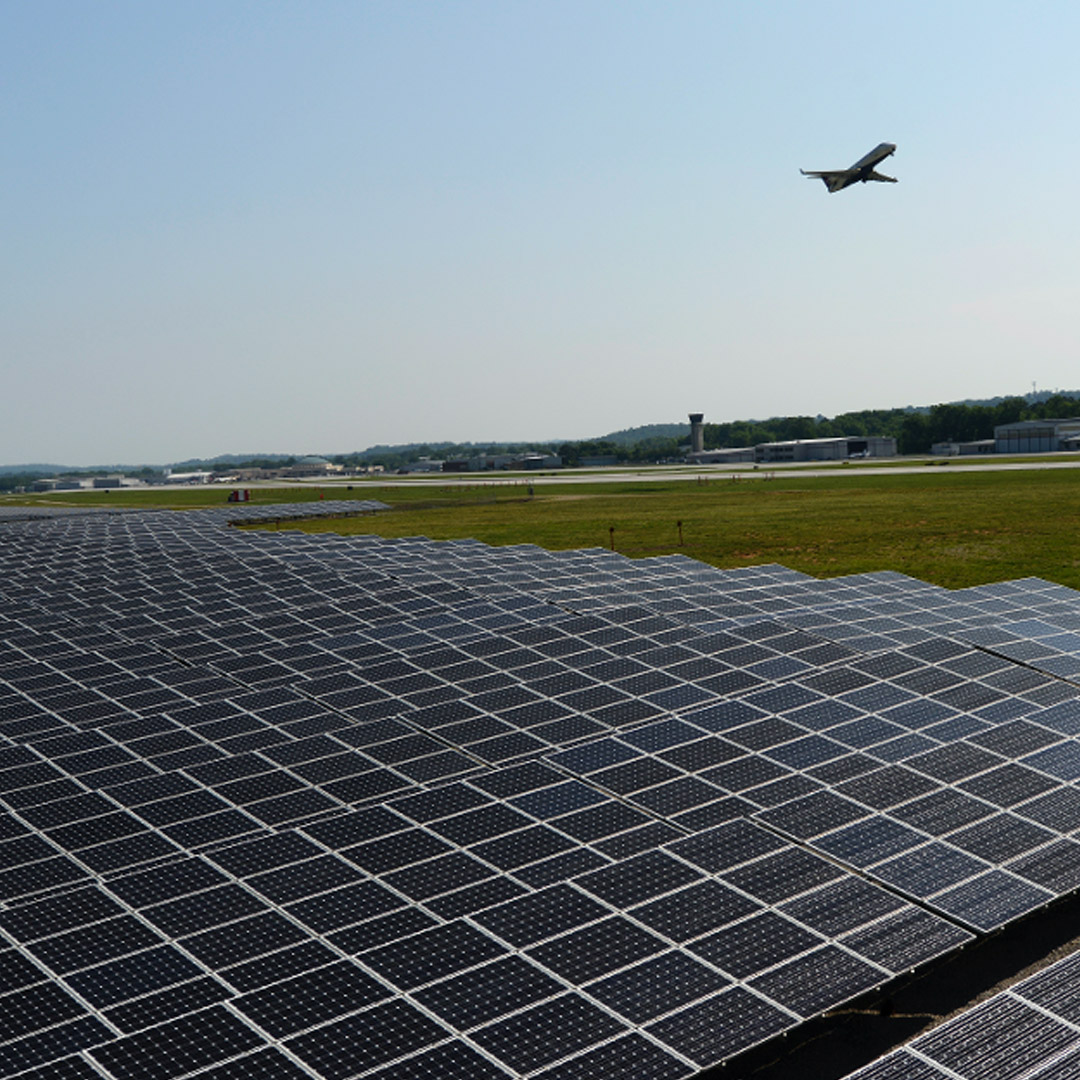