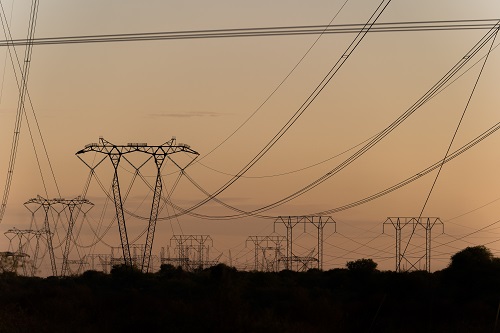 Given Africa’s history of colonialism and exploitation by the West for its abundant resources, the idea of development is one that often carries a heavy weight for its people. For centuries we have experienced genocides and slavery and seen the destruction of our communities, cultures and environment, all in the name of development. Even though Western countries have thrived post the industrial revolution, Africa continues to feel the lasting impacts of this so-called development through cancers from extractive industries, poverty from exploitation and abandoned mines, the pollution of rivers and the air filled with toxins.

Now, as the world’s eyes watch the countdown to a climate breakdown, many are looking for alternatives to fossil fuel energy production*1. With its abundant sunlight, land and ideal conditions for renewable energy the “development” gravy train might be back on the tracks, destination: Africa.

Scientists have known for years that Africa has a great potential for renewable energy production, particularly solar, wind and geothermal*2. The statistics coming out of the African Development Bank (AfDB) is that the continent’s potential for renewables are vast; with the estimations sitting at 350GW through hydroelectric energy; 110GW for wind; 15GW for geothermal and a whopping 1000GW for solar*3. Not only are we in a position to reduce emissions and contribute to climate change mitigation, we also have the ability to provide a service to the people of Africa that they were previously excluded from. These two priorities have to be addressed simultaneously, without one compromising the other, because currently around 600 million people in Africa do not have access to electricity*4 and in an increasingly electrified world, this is a crisis. As is often the case with Africa, the potential exists but legacies of colonialism and current administrations’ inability to effectively realise that potential is keeping Africa on the backfoot. Despite the possibility for renewable energy, as of 2020 only 9% of Africa’s energy production happened through renewable sources, with Southern Africa occupying the smallest percentage of that and
North Africa having the most capacity along with plans to increase this*5.

In the book, Africa’s moment*6, Jean-Michel and Oliver Ray argue that “the era of unlimited natural resources is coming to an end, and Africa has arrived at nature’s mighty feast at a time of shortage”. With Africa experiencing the largest and ever growing gap in energy poverty, calls for renewable energy have become more prevalent in addressing its consumption needs, along with a promise of a fossil free future where the energy sector will not be dominated by coal and other harmful fossil fuels. 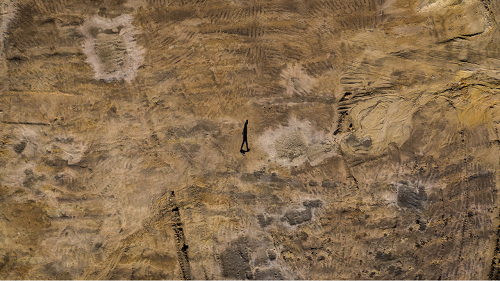 In Northern Kenya, the clearly visible wind turbines of the Lake Turkana Wind Power (LTWP) project conspicuously stand out against the brown landscape. As Africa’s largest wind energy power plant and that country’s biggest private investment to date, the project is a milestone but it is not without its controversies. The LTWP project is a symbol for development finance institutions (DFI’s) such as the AfDB or the promise of renewable and clean energy in Africa. Much of the Bank’s debate from the AfDB is similar to the corporate narrative around bringing development to previously empty spaces that need investment, however this belies the more complex past of communities like Turkana, where the idea of development and how it is implemented is often exclusionary rather than inclusionary.

The Lake Turkana Wind Project in Kenya, is criticised for not following processes to ensure free, prior, and informed consent of the affected community, therefore undermining their land tenure rights and leaving a significant number of people in the Lake Turkana community vulnerable*7.

In the context of an ongoing climate crisis, we recognise the value of Africa’s largest wind power development, however these projects cannot be at the expense of the social, economic, and cultural rights of communities who depend on the land and are in need of access to energy. Any conversation about the climate crisis in Africa is incomplete without considering how it disproportionately harms disadvantaged communities in Africa who are
least responsible for the climate crisis, and yet most vulnerable to its impacts. The AfDB through this project cannot guarantee an equitable and just transition on the continent as its investment portfolios and performance indicators are not anchored in human rights principles.

We call on the AfDB to honour it’s promises of building a better Africa and advancing the renewable energy transition*8 without forgetting the people of Africa in the process, and to invest with integrity after free, prior and informed consent from the affected communities. 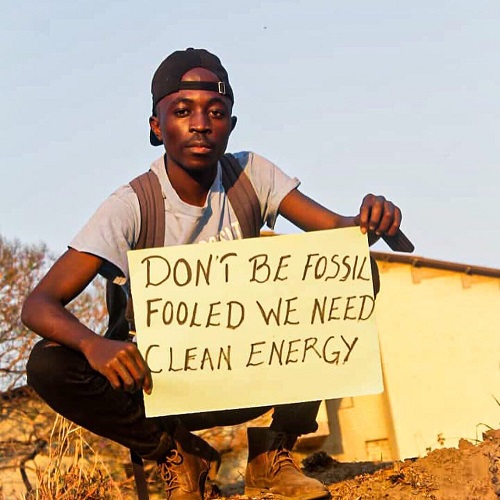 Investing in renewable energy should not be a tick box exercise for institutions like the AfDB or a one sided money making scheme, but rather a transition from a system that exploits people and sees the land and its resources as a piggy bank and that puts profits over people to a more livable system, one that values human life and its connection with nature, and one that prioritises people over profits.