Skip to content
Lessons learnt from lions at Kuzuko Lodge

This achievement continues the lodge’s conservation milestone of adding diverse genetics into the Cheetah Metapopulation Project (CMP) of the Endangered Wildlife Trust (EWT), with now close to 30 cheetahs from Kuzuko relocated into the CMP from 2007.

The cubs were recently spotted by Kuzuko Reserve General Manager, Gerhard de Lange who stressed the importance of their birth for the growth of the current cheetah metapopulation.

“These successes include wilding two lion cubs, orphaned in Addo Elephant National Park, to the point where they are totally wild, free and self-sustaining, without ever walking with them, calling them or touching them. We are also able to take the wandering Sylvester lion and bonded him successfully into a male coalition with another male and integrated all four animals into a fully functioning lion pride.”

In addition to the existing cheetah conservation program at the lodge, Kuzuko has also entered into a captive born and bred wilding and breeding program with Paarl-based Ashia and the EWT since August 2018.

This programme resulted in several cubs, born from captive-bred and -raised parents growing up wild and free, without being touched by the human hand.

“Incredibly all these cheetah cubs are now sub-adults of around 16 months old, have started hunting and are well on their way to become vital members of the CMP,” concludes de Lange.

“The fact these young animals are now totally self-sustaining is an achievement in itself and we’re incredibly proud of the contribution the team and our partners have made to this incredible milestone.” 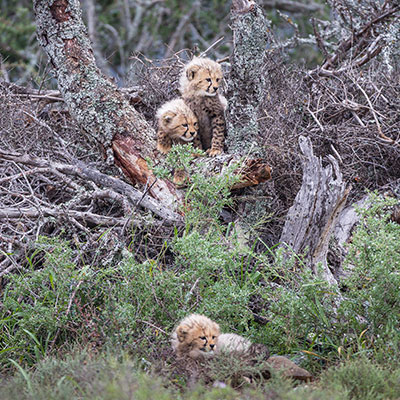 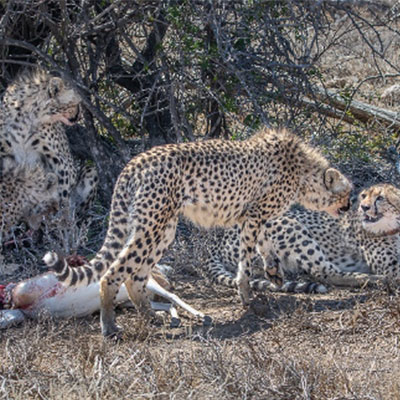