Their most recent product is the Milk Tee, which is produced with excess milk that would otherwise be dumped. CEO and co-founder Robert Luo said that it takes about two months to process dairy waste into a material that can be spun into a shirt. The Kickstarter campaign for the Milk Tee had an end date of Sept. 15 with a goal of $3,000 (R45,000), and the shirt was fully funded in just two hours. 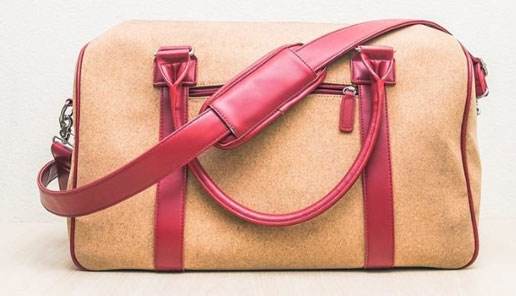 Mi Terro also sells a weekender bag made of natural cork and recycled plastics alongside the Milk Tee, which comes in six different designs. The company is also partnered with a forest restoration nonprofit, and for every item sold, 10 trees are planted.

As food waste becomes an increasingly prevalent issue, dairy waste is one that has been largely overlooked.

But an LA-based start-up is looking to solve the dairy waste problem by putting excess milk to good use.

Their most recent product is the Milk Tee, which is produced with milk that would otherwise be dumped.

Luo said that he first became aware of dairy waste through videos on YouTube. He said he was both fascinated and astonished by the fact that 128 million tons of milk go to waste every year globally. Not only does excess dairy pose a problem in terms of food waste, it also raises concerns on how so much product can be sustainably discarded if not consumed.

A study conducted by the US Department of Agriculture estimated that dairy products make up approximately 17 percent of waste in landfills and incinerators, according to the International Dairy Foods Association.

The Indiana Department of Environmental Management classifies dairy waste as a product that does not “meet applicable quality standards, have become contaminated, or otherwise have become unusable for human consumption, animal feed, or any other beneficial use.”

“It’s a huge problem that nobody talks about,” Luo said.

Combining the newfound knowledge of dairy waste with his qualms about fast fashion, Luo said that he traveled the world for a year, contacting manufacturers and suppliers in China, where he is from, to find a solution to the two.

Eventually, he found and partnered with a Chinese manufacturer who up-cycled milk into fabric.

It can take up to two months to make the milk shirt. 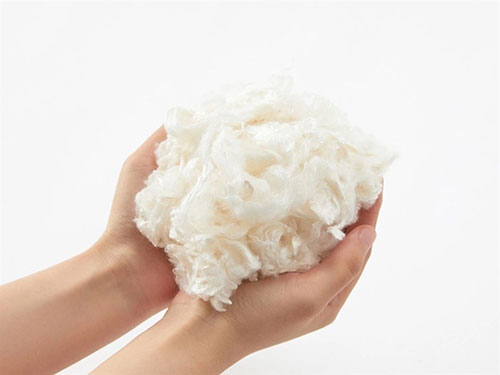 Turning milk into a shirt isn’t an easy process, as one might expect. Luo said that it takes about two months to process dairy waste into a material that can be spun into a shirt.

Mi Terro begins the milk shirt-making process by sourcing excess milk from partnering dairy farms. From there, the milk is fermented and skimmed to remove the fat in the milk. The milk is then de-watered, forming a powdery substance. The milk powder is then dissolved once again to purify it and remove unwanted proteins, leaving resulting fibers that are stretched and spun into yarn.

To make a shirt out of the processed milk threads alone would make the shirt largely unaffordable, Luo said, so it is combined with micromodal – an organic material made of beech wood, similar to cotton but with more sustainable manufacturing. Each shirt is made up of about 15-20% milk, Luo said. According to the Mi Terro website, about 5 shirts equate one glass of milk. 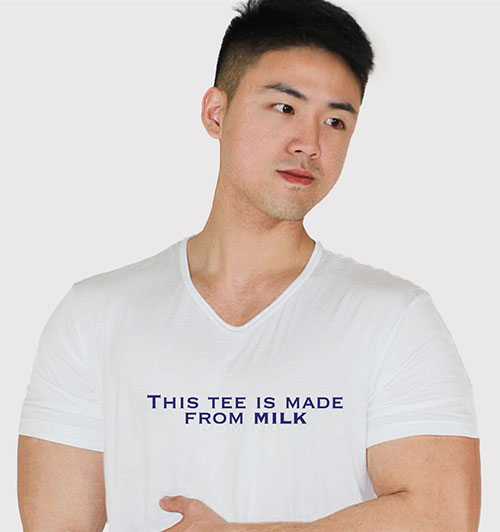