With one year to go until the 2020 Olympics begin, the organising committee of the Olympic and Paralympic Games has unveiled the designs for the winning athletes’ bronze, silver and gold medals and their cases.

The medals were created by Japanese designer Junichi Kawanishi following an open competition, with the cases designed by Shinya Yoshida.

As rumoured back in 2017, the Tokyo 2020 Olympic medals will be manufactured using the precious metal extracted from mobile phones and other small electronic devices donated by the public.

All 5,000 Tokyo 2020 medals have been manufactured from recycled smartphones and small electronic devices that were donated by the public between April 2017 and March 2019. 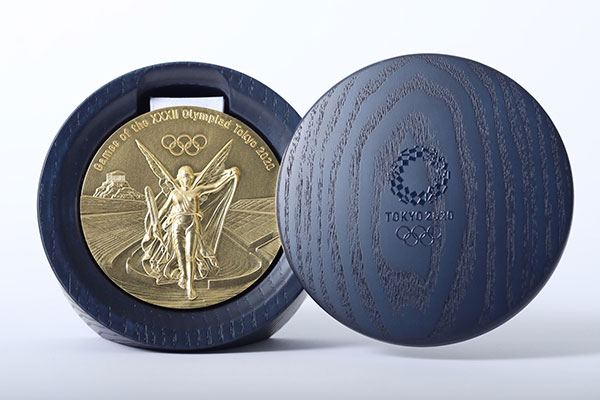 As per tradition, the medals are fronted with Nike – the Greek goddess of victory – standing in front of the Panathinaikos Stadium.

The reverse side features a chiselled, choppy design around the medal’s circumference, which encircles a raised, pebble-like centre. This is engraved with the chequered Tokyo 2020 “ichimatsu moyo” emblem and the Olympic five rings symbol.

Kawanishi’s proposal was selected as part of a competition that drew entries from more than 400 professional designers and design students.

“It is a great honour that my design was selected for the Tokyo 2020 Olympic Medal,” said Kawanishi. “I never dreamed that the design I submitted only as a memorial to this lifetime event would be actually selected.”

“With their shining rings, I hope the medals will be seen as paying tribute to the athletes’ efforts, reflecting their glory, and symbolising friendship,” he added.

Kawanishi designed the medals to resemble rough stones that have been newly polished, and now “shine with light and brilliance”.

Set at varied angles, each layer in the medal’s choppy outer composition reflects light differently, to symbolise the energy and commitment of the athletes and their supporters.

According to the designer, the bright reflections also signify the “warm glow of friendship”.

Kawanishi wanted the medals to symbolise diversity, and to represent the concept that in order to achieve glory, athletes have to strive for victory on a daily basis. 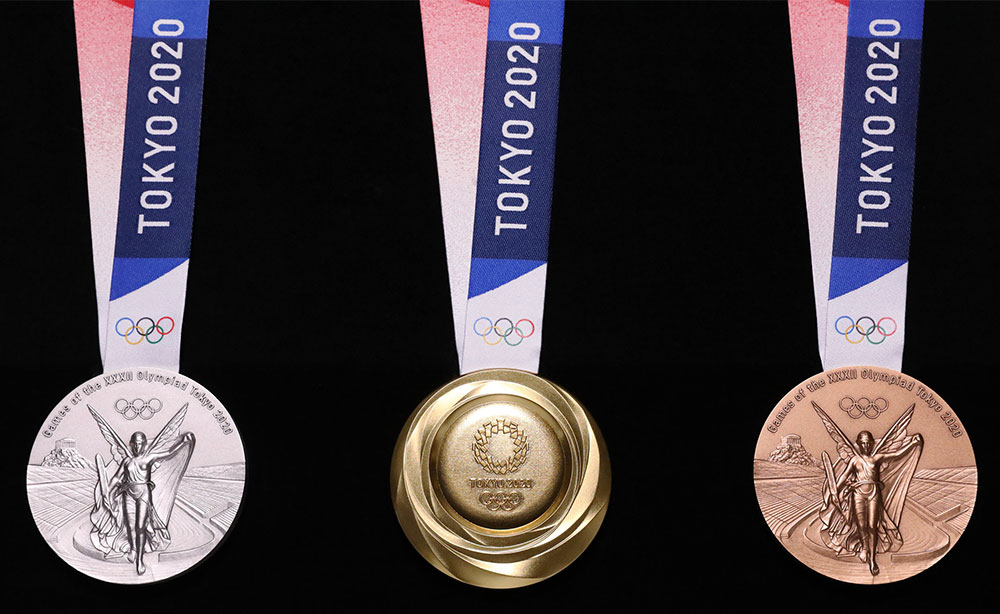 Reflective, ribbon-like rings form a border around the Tokyo 2020 Olympic and Paralympic medals by Junichi Kawanishi, which are made from old electronic devices donated by the public.